With all the politicians from both sides squawking out, “We don’t bid out our pharmaceuticals. We’re the largest purchaser of drugs in the world , we don’t bid it out.” That sounds awesome, albeit with the proviso that their claims are 100% false. Here in the real world, prices in the Medicare  drug benefit and all other forms of U.S. Insurance coverage are negotiated. Read the entire 2/24/16 Wall Street Journal Editorial here:

‘We don’t bid out pharmaceuticals. We don’t bid out drugs. We’re the largest purchaser of drugs in the world, we don’t bid it out,” Donald J. Trump told Sean Hannity on Monday. The businessman added that so-called negotiations could “save hundreds of billions of dollars a year,” which is a campaign promise that Hillary Clinton and Bernie Sanders also make.

That sounds awesome, albeit with the proviso that their claims are 100% false. Here in the real world, prices in the Medicare drug benefit and all other forms of U.S. insurance coverage are negotiated. They are already bid out. The difference from the Trump-Clinton-Sanders price-control model is that pharmacy benefit managers, or PBMs, and other private insurers do the negotiating instead of the federal government.

And on Tuesday CVS Health showed how successful this market-based system can be in practice. The pharmacy chain and the second largest U.S. PBM by volume of prescriptions filled reported that it held its annual drug price increase “trend” to a modest 5% in 2015. The figure for the previous year was 11.8%.

“Trend” is a standard financial measure of drug spending that reflects unit price growth, utilization, the mix of branded and generic drugs and the rebates that PBMs bargain down from pharmaceutical makers. The political class claims to be helpless and foments outrage over high public list prices, but patients and taxpayers pay significantly less as a result of these price concessions.

In an interview, chief CVS medical officer Troy Brennan explained that the PBM took a “new approach to negotiations” this year and thus obtained “much more leverage.” CVS created more selective formularies that took advantage of competition between similar medications like the new cholesterol and Hepatitis C drugs to extract deeper rebates. It also built new benefit designs that increased the use of generics and deployed tools like step therapy, which begins with the most cost-effective medicines before progressing to other options. Absent these interventions, trend would have remained near a 12% clip, Dr. Brennan said.

Such savings are passed on to clients, especially seniors. CVS was able to lower the premiums in its main Medicare drug plan by 2.7% year over year. Such dramatic cost-control improvements show that the private economy can mitigate price increases, and that the problem is manageable despite the political frenzy.

By the way, according to the federal national health expenditure accounts, total prescription drug spending was an estimated $297.7 billion in 2014, the most recent year official data are available. No politician can juice “hundreds of billions of dollars a year,” unless he forces the drug industry to offer its products for free, in which case there won’t be new drugs or a drug industry. The pharmaceutical debate would be great again if the debaters actually knew something about U.S. health care.

A business school graduate with a successful career as an entrepreneur who started several companies and lead them with original ideas, some called them innovations or some said inventions; either way they were his own visions to change the world. Only in America can anyone achieve those dreams, aspirations and achievements. 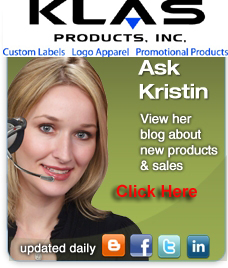