A graduate of California State University, Northridge School of Business and as an entrepreneur, I started several companies with my original ideas, some called them innovations or inventions. I would always gather all the business information I could to assemble it, organize it and then create the products which generated sales.  One of my companies had impressed Billionaire Warren Buffett since it was acquired by Tyco International, TI, as a fully owned subsidiary of his company, Berkshire Hathaway.

Today I am applying those same principles again while launching a revolutionary new product due to a life-changing medical event. Diagnosed with  a defective aortic heart valve ten years ago, I had open heart surgery for a St. Jude Medical mechanical valve replacement which led to a medical plan going forward for continued maintenance. It became acutely critical that more prescriptions were necessary in a closely monitored program. It was also a daunting task as the patient to keep all of those medications straight after just coming out of the hospital, forget about the weeks and years following up too. Needless to say, being an inventor at heart, no pun intended, an idea popped into my head that was as serious as a heart attack, figuratively speaking–but how could I successfully administer all of my own medicine by myself going along into the future?

As in my past business successes, I did research into the people, things and events to further examine them as an outsider looking in or an insider looking out. Either way, to capture an objective perspective offers more choice in order to make a decision whether to pursue an idea as worthwhile or not. Here, after deciding to go forward, my work really began in earnest as my ideas developed which constantly morphed into seemingly endless engineering revisions that eventually led me to my final product–so in the end it was not the idea I started with, actually it was better than I had ever first imagined.  …and that’s how I invented the CODAmeds™ Dispenser!

I did, however, discover on the way an important axiom: “Proper medicine dosage isn’t only important when you are sick; it’s also helpful when you don’t feel sick.” When you use the CODAmeds™ Dispenser to support your primary prescription regimen along with preventative vitamin and supplements care it can help anyone to live healthier lives especially within our program, Circle of Health – It’s about You™ for patients, physicians, providers and partners.  …it’s Dispensing Health for Life!™

My best wishes to everyone here for a healthy new beginnings with their CODAmeds™ Dispensers. 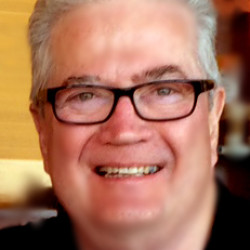